In 2018, my co-author and I (Brügger and Höchli, 2019) wrote an article in which we examined possible interaction effects between people’s attitude towards the environment and two experimental conditions (dummy variable: recalling environmentally friendly vs. unfriendly behaviour) on many dependent variables.

Using a regression approach to examine whether the predictors interacted, we followed the typical two-step procedure (Cohen, Cohen, West, and Aiken, 2003):

If adding the interaction terms results in a statistically significant improvement of the model, the next step is to do follow-up analyses to visualize and better understand the interaction (Cohen, Cohen, West, and Aiken, 2003; Spiller, Fitzsimons, Lynch, and McClelland, 2013).

Although there are already easy-to-use packages to create nice tables for multiple regression models (or blocks; e.g., apaTables), I could not find an existing solution to create a table that includes the results for several dependent variables. Of course, one could create individual tables for the different dependent variables in R and then combine them into a single table in Word. However, this kind of manual work is both error-prone and cannot be programmatically replicated as it happens outside the R environment.

We looked for a solution to create complex tables programmatically. This has several important benefits:

The results will look more or less like this:

Check if the necessary packages are available and install them if they are not:

To be able to replicate the code and create the table, you can either manually download the file “df_study1.RData” from https://osf.io/mbgxh, put it in the folder where your R code is located (or set the working directory accordingly), and load the data into R:

Or you can access the data directly from R:

The data includes a lot of variables and two experimental conditions that are not needed for this analysis. Reduce the data to the relevant variables and cases (for a better overview):

Fit an additive model for each dependent variable (Step 1) and extract the relevant statistical information:

To be able to properly combine the information of the additive models with the interaction models at a later stage, it is necessary that the information from the additive model has the same number of rows as the (longer) interaction table and that the relevant information is located in the correct rows. To achieve this, empty cells need to be added where later the interaction terms will be placed (thanks to: https://stackoverflow.com/questions/46814145/baser-how-to-add-empty-row-after-x-number-of-rows). Moreover, the stats need to be saved as numeric variables to be able to compute R2-change later.

The procedure for the interaction models is almost exactly the same. The only difference is that no extra rows need to be added:

4. Compare the additive and interaction models

One thing that is missing is the extent to which R2 changes when the interaction terms are added (i.e., R2 difference between Step 1 and Step 2; last column in the table). Moreover, some formatting is required (e.g., rounding numbers, adding brackets around the confidence intervals).

I used kableExtra to prepare the final table. The following code will display the table in the R Studio Viewer. The table can be copied and pasted into Word, where you can do some final formatting. Tables can of course also be directly added to R Markdown documents: 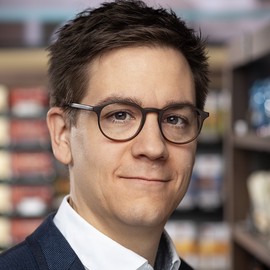